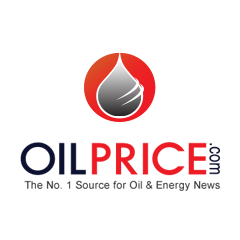 The announcement on 13 August that Israel and the United Arab Emirates (UAE) will normalise relations, around the same as Israel’s Prime Minister Benjamin Netanyahu announced that he was suspending plans to annex more areas of the West Bank that it seized during the 1967 ‘Six Dar War’, has naturally raised the adjunct question about what this deal means for the two powerhouses of the Middle East: Saudi Arabia and Iran? As with so many queries relating to the Middle East, the answer is not as straightforward as many might imagine, but it is outlined below.To begin with, the Israel-UAE deal is a lot more multi-layered than the simple announcement implies, which means that the response of Saudi and Iran to it is equally multi-faceted. “More than any other outcomes from this deal, the UAE wanted to put itself firmly in the U.S.’s most-favoured allies for receiving future business and financing deals, as it suffered a big hit from the Saudi-led oil price war that just ended, and to be included in the U.S.-Israel intelligence and security network to protect itself from Iran,” a senior source who works closely with the European Union (EU) on energy security told OilPrice.com last week. “This formal deal, though, just officially clarifies what has been happening for some time between Israel and the UAE in the field of intelligence co-operation to counteract Iran’s growing power in the region that has become more militaristic, given the increasing dominance of the IRGC [Islamic Revolutionary Guards Corps] in Tehran,” he said.

A key part of this joint intelligence initiative between the UAE and Israel (and, by extension, the U.S.) has been the dramatic increase in the past two years of the purchase of commercial and adjunct residential properties in Iran’s southern Khuzestan province – a key sector for its oil and gas reserves – by UAE-registered businesses, particularly those based in Abu Dhabi and Dubai, said the source. “Around 500,000 Iranians left Iran around the time of the [1979 Islamic] Revolution and settled in Dubai, in the first instance, and then Abu Dhabi, and they have never been in favour of the IRGC having the key role in Iran, so some of them have been used to front businesses or commercial property developments in Khuzestan that are being funded from business registered in those two states of the UAE,” he added.

“However, these apparently Abu Dhabi and Dubai businesses are actually being funded from a major Israeli property company that in turn is funded from a Israel-U.S. operation specifically set up for this project, with a budget of US$2.19 billion,” he told OilPrice.com. “These businesses, and the additional property acquisitions for the individuals working for these business in Khuzestan, mean that not only is the native Iranian population being diluted by non-Iranian Arabs [although broadly Persian in demographic terms, indigenous Arabs make up around two per cent of Iran’s population] but also the opportunity for on-the-ground intelligence gathering has been dramatically enhanced,” he underlined. “Basically, Israel is doing through the UAE presence in southern Iran exactly what Iran has been doing to Israel through its presence in Lebanon and Syria.”  Given the obvious opportunities for increased intelligence-gathering and economic and political disruption within Iran’s borders stemming from the new Israel-UAE deal, Iran has been unsurprisingly hostile to it. Iranian Parliament Speaker’s Special Aide for International Affairs, Amir-Abdollahian, made a very public show shortly after the announcement, of meeting with Palestine’s Ambassador to Tehran, Salah Zavavi, and stated that: “The UAE’s act to normalise relations with the Zionist regime is a strategic mistake, and the UAE government must accept responsibility for all its consequences.” He added that Iran remains firmly behind the Palestinian people. Palestine’s Zavavi asked the speakers of all parliaments of Islamic countries to condemn the action of the UAE and to support the ‘inalienable rights of the Palestinian people’.

More indicative of future actions over and above just words was the subsequent high-level meeting of Iran’s Defence Minister, Brigadier General Amir Hatami, and his Russian counterpart, Sergey Shoygu. Even publically, Hatami alluded to the new military deals reached with China and Russia – revealed exclusively by OilPrice.com – referring to the joint strategic, regional and international goals and interests between Tehran and Moscow, underlining the “developing mutual defence co-operation” between the two sides. Hatami then castigated the U.S.’s recent attempts to invoke a ‘snapback’ of full international sanctions against Iran through the United Nations Security Council: “In recent years, Iran and Russia have launched a joint and purposeful effort to counter the unilateralism and bullying policies of the U.S. and the Trump administration in the region,” he noted. “The realistic response of the UN Security Council [UNSC] and the rejection of the recent U.S. anti-Iran resolution on extension of arms embargoes against Iran, once again, brought a major defeat for the U.S. and its regional allies and proved the global opposition to unilateralism,” he underlined.

“The guarantee of China and Russia’s support as two of just five Permanent Members on the UNSC was one of the absolutely key reasons why Iran agreed to the military elements of the 25-year deal it had made earlier with China,” said the EU source. Indeed, with this new Israel-UAE deal now formally announced, the IRGC (with the rubber-stamped blessing of Supreme Leader, Ali Khamenei) is fully set to allow the presence of Chinese and Russia naval assets in and around Iran’s key ports at Chabahar, Bandar-e-Bushehr, and Bandar Abbas, in line with the military element of the agreement, as from 9 November, a senior source who works closely with Iran’s Petroleum Ministry told OilPrice.com last week.

These deployments will be accompanied by the roll-out of Chinese and Russian electronic warfare (EW) capabilities that will encompass each of the three key EW areas – electronic support (including early warning of enemy weapons use) plus electronic attack (including jamming systems) plus electronic protection (including of enemy jamming). Based originally around neutralising NATO’s C4ISR (Command, Control, Communications, Computers, Intelligence, Surveillance, and Reconnaissance) systems, part of the new roll-out of software and hardware from China and Russia in Iran will be the Russian S-400 anti-missile air defence system (“to counter U.S. and/or Israeli attacks”) and the Krasukha-2 and -4 systems (“as they proved their effectiveness in Syria in countering the radars of attack, reconnaissance and unmanned aircraft”).

So, what will Saudi Arabia’s position be in the wake of the Israel-UAE deal? “Saudi Arabia, in particular, may be quietly supportive but is unlikely to normalise relations,” Jon Alterman, director of the Middle East Program at the Center for Strategic and International Studies in Washington told OilPrice.com last week. “The clerical establishment has had a privileged role in the Kingdom since the eighteenth century, the king is the custodian of the two holy mosques, and Saudi Arabia is the founder of the Organization of the Islamic Conference,” he added. ‘Quietly’ is the operative word here as, according to the Iran source, currently 62 per cent of the aforementioned US$2.19 billion Israel-UAE property fund for new settlements of UAE citizens into Iran’s Khuzestan comes from “Saudi Arabian-connected organisations.”

This fits in with the widely held view among dedicated-Saudi analysts that Crown Prince Mohammed bin Salman (MbS) is far more sympathetic to the agreement – and to the ultimate strategic aim of the U.S. and Israel of undermining the IRGC’s grip on the country – than his father, King Salman. King Salman told the Organisation of Islamic Cooperation just last year that the Palestinian cause remained a core issue and that the kingdom “refuses any measures that touch the historical and legal position of East Jerusalem.” On the other hand, he is 84 years old and in poor health and even Saudi’s Foreign Minister, Prince Faisal bin Farhan, cautiously welcomed the Israel-UAE agreement, saying: “It could be viewed as positive.” It is also apposite to note that back in 2002 – not that long ago in global geopolitical terms – it was the Saudis who launched the ‘Crown Prince Abdullah Peace Plan’ at the Beirut Arab summit, offering Israel full recognition in exchange for a return to its pre-1967 borders.

By Simon Watkins for Oilprice.com